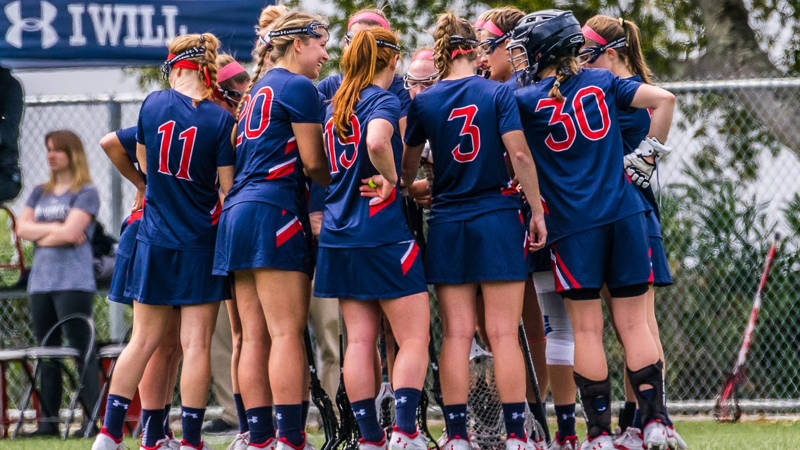 With a whisper, the Saint Mary’s College Athletic Department announced the “reclassification” of the NCAA Division I Women’s Lacrosse program to a club program following the 2017 season.  The decision, the announcement, and the communication to the community have been unimpressive at best, but this program deserves much more after the blood, sweat, and tears the student-athletes on the teams over the years have put into representing their college.

This 2017 team is resilient in a way that the first Saint Mary’s Lacrosse teams had to be, and everyone should know what this program has been about from the very beginning.  This class of 2017 is a special group that has been through a great deal of adversity in their four years, including 3 coaching changes, reduced scholarships, and a number of issues both on and off the field.  Now their teammates join them as honorary seniors in their final three games, as many of them are now playing their final season of college sports.

In our Tenacity programs, we talk to the girls about doing their best when no one’s watching- how they train, how they study, how to represent themselves, and how they become a champion.  The 2017 Gaels have often acted more like adults than those who were meant to serve and protect them, and one of the most amazing things to watch has been the way these young women have taken care of each other and remained staunchly loyal to the school.  They have figured out how to separate the injustices they may feel have been done, from their whole experience at the school- and a number of the girls may actually stay to finish their careers as Gaels.  Hopefully ALL of them will have immediate opportunities to find new homes as varsity student-athletes at other institutions if they so choose, but the bond that this year’s team will have- this team of 20 seniors- will be something that lasts them a lifetime.

There are so many incredible individuals who have been involved in Saint Mary’s Lacrosse who have also been driving forces in the growth of the sport in northern California, including women like Jill Malko, Jenn Morris, Diane Whipple, and Amy Harms.

In August of 1999, the school announced the elevation of the team from club to varsity status and in articles at the time, the hard work of the athletes is celebrated, “The team has worked very hard for this opportunity and we are very pleased to have the chance to compete at the Division I level,” said club head coach Jennifer Morris. (smcgaels.com, release 8/23/1999)

In January of 2001, the Gaels Head Coach at the time, Dianne Whipple, was killed tragically, and the northern California lacrosse community pulled together to take care of the young women on the team then too.  The alumni from this program- from that era through today- have continued to honor Diane’s memory by coaching, officiating, and contributing to youth and high school lacrosse, but most importantly, they’ve stayed connected with each other.

I hope that the legacy lives on, and that the current team can once again draw strength from their lacrosse community.  Nothing can take from them the gifts sports and their teammates have given them, because these things last a lifetime.

So now everyone’s a senior… so let’s celebrate this amazing group of young women. SHOW UP AND CHEER THEM ON this Saturday on Senior Night at 5pm!  2017 schedule